Liam Gallagher has hinted at future collaborations with The Stone Roses‘ John Squire, teasing that a “super group [is] incoming”.

Squire joined Gallagher on stage earlier this month for his two shows at Knebworth Park to close the sets with Oasis‘ ‘Champagne Supernova’. Squire also appeared at Oasis’ Knebworth gigs 26 years ago.

“A big fucking round of applause for the coolest man on the planet,” Gallagher told the crowd as he introduced him. “The one and only John fucking Squire.”

Now, Gallagher has hinted that the shows aren’t the end of his collaboration with Squire, taking to Twitter to say: “SUPER GROUP INCOMING LG JS.” 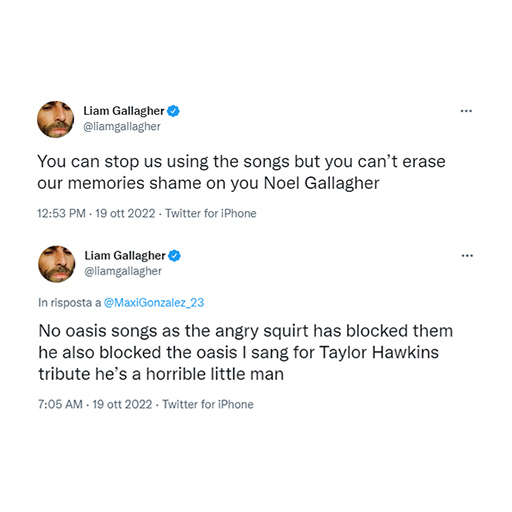